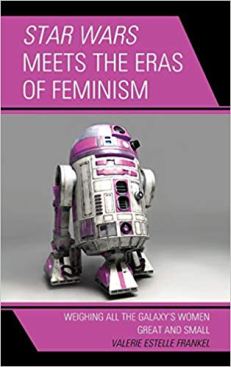 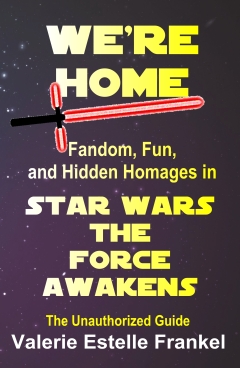 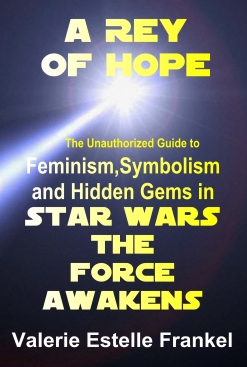 Star Wars Meets the Eras of Feminism: Weighing All the Galaxy’s Women Great and Small

Star Wars defined popular, big-screen science fiction. Still, what many viewers best recall is assertive, hilarious Leia, the diminutive princess with a giant blaster who had to save them all. As the 1977 film arrived, women were marching for equality and demanding equal pay, with few onscreen role models. Leia echoed their struggle and showed them what they could be. Two more films joined in, though by the early eighties, post-feminism was pushing back and shoving the tough heroine into her pornographic gold bikini. After a sixteen-year gap, the prequels catered to a far different audience. Queen Amidala’s decoy power originates in how dominated she is by her massive royal gowns. This obsession with fashion but also costuming as a girly superpower fits well with the heroines of the time. The third wavers filled the screens with glamorous, mighty girls – strong but not too strong, like the idealistic teen Ahsoka of Clone Wars. However, space colonialism, abusive romance, and sacrifice left these characters a work in progress. Finally, the sequel era has introduced many more women to fill the galaxy: Rey, Jyn, Rose, Maz, Qi’ra, Val, L3-37, Captain Phasma, Admiral Holdo, and of course General Leia. Making women the central warriors and leaders while keeping them powerful and nonsexualized emphasizes that they can share in the franchise instead of supporting male Jedi. There’s also more diversity, though it’s still imperfect. Hera and Sabine on the spinoff cartoon Rebels and the many girls in the new franchise Forces of Destiny round out the era, along with toys, picture books, and other hallmarks of a new, more feminist fourth wave for the franchise.

Star Wars: The Force Awakens is crammed with delightful references – there are stacks of easter eggs, famous cameos, nods to the Extended Universe and computer games. Here they’re all listed and described for discerning fans. There’s also summaries – not just of shows and films but of the universe’s history after Return of the Jedi covering thirty years of new canon in painstaking detail. Big questions from the film get answered, in-jokes get explained, and Star Wars love definitely gets celebrated in this book, exploring the ultimate fannish film.

A Rey of Hope: Feminism, Symbolism and Hidden Gems in Star Wars: The Force Awakens

The new Star Wars: The Force Awakens offers a world of diversity – its heroes span the races and genders. Yet under this, there’s much to explore – Rey is a butt-kicking heroine, but some might say she’s so overpowered she has no challenges left. Others might observe that from her clothes and skills to her friends and enemies, she’s excelling more at the hero’s journey than the heroine’s. Does Finn undergo the classic hero’s journey, or is his too subverted? There are fascinating symbols as well, as Kylo Ren’s lightsaber is as unstable as he is, while perception and sight dominate the story arc. From themes to novels and comics, this book explores the hidden depths of the series, revealing them for fans to enjoy. An unauthorized guide.